It Just Put All Our Worries Down for the 3-Count

An amazing entry and a welcome return to a wrestling franchise still on the rise.

After a one year hiatus, 2K is back with an entry that is worthy of a WrestleMania moment!

I’ve been playing the WWE games since…well…always! My history with this current linage dates back to the SmackDown vs RAW days, which 2K is continuing under its banner (after THQ fell by the gaming wayside). But even before then, I was playing Super WrestleMania and Royal Rumble games in the 16-bit realm. Before that, various WWE licensed games on the NES. And before that you might ask?! Shoving quarters into arcade machines like WrestleFest. By the way, if you’ve never heard of that last one…get off this site. You’re clearly too young to drink, and have no clue what this old fogie is talking about (although I prefer to consider myself on the “legends” roster).

To be the man…you gotta beat the man! Woooo! – Ric Flair

Last time we had a WWE 2K game in our hands, it was less than thrilling. While I didn’t think the last entry was all that bad (and perhaps got a bit of a bum wrap), it was enough to shelve it for an entire year. Leaving us with a drought that we’ve not seen since the late ’90s regarding a yearly WWE release. However, if absence makes the heart grow fonder, consider me smitten. Because this latest iteration is everything I could want in a wrestling game. Streamlined controls? Check! Lot of customization? Check! Upgraded visuals (to where the entrances appear almost life-like in some cases)…gimme a “oh hell yeah!” 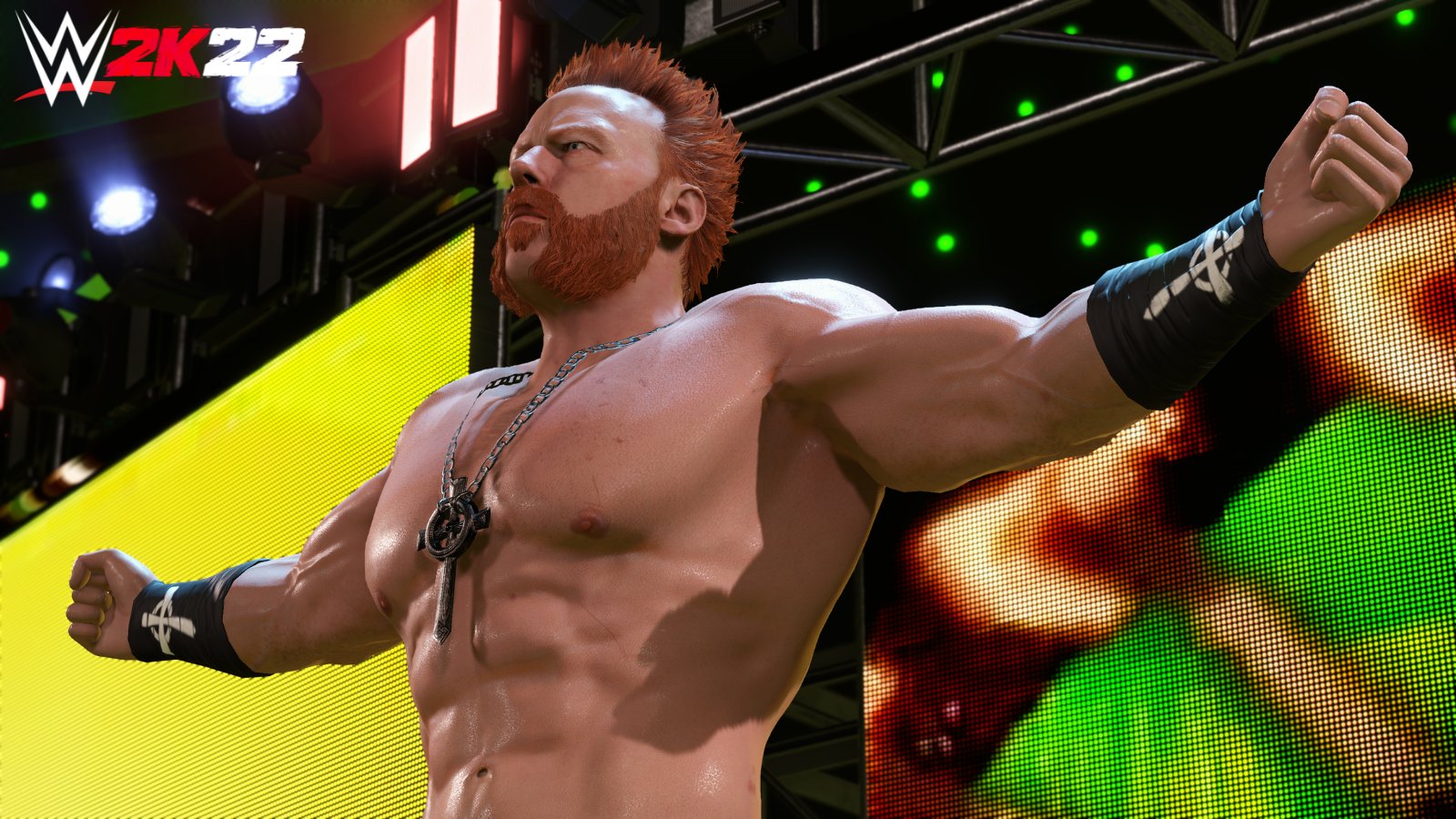 There are several things that makes this year’s entry a refreshing restart for the franchise (not using the word reboot here, as it’s picking up more or less where it left off). The game modes are what you’d typically expect, but now were starting to see thing expand into more of a sports feel (rather than sports entertainment). The GM/story mode is akin to what you’d find in other NBA games also released by 2K, or even Madden.  You also have the little touches, like the MyFaction mode, which adds a fantasy football-style element. Overall, there is something that can appeal to the hardcore fans of the current product, as well as the old-school folks like myself (who pine for the golden age of the ’80s and ’90s). There is a healthy set of legends included on the roster with the new faces, with more DLC to come. But the various additions, this year focusing on the nWo, allow for lots of great expansion. You can even get four different versions of the Undertaker, They vary from his Deadman persona to his later American Badass look.

While we did touch on the visuals earlier, we can’t say enough about how great the new polish looks. It’s the most immersive wrestling game we’ve received thus far, including the amazing arena sounds and entrance music that always gets our toes tapping as we stride to the ring. The controls have been streamlined and are very intuitive. I’ve always found it annoying that I have to relearn new grappling systems with each entry, but this seems like a system they are likely to stick with and implement moving forward. 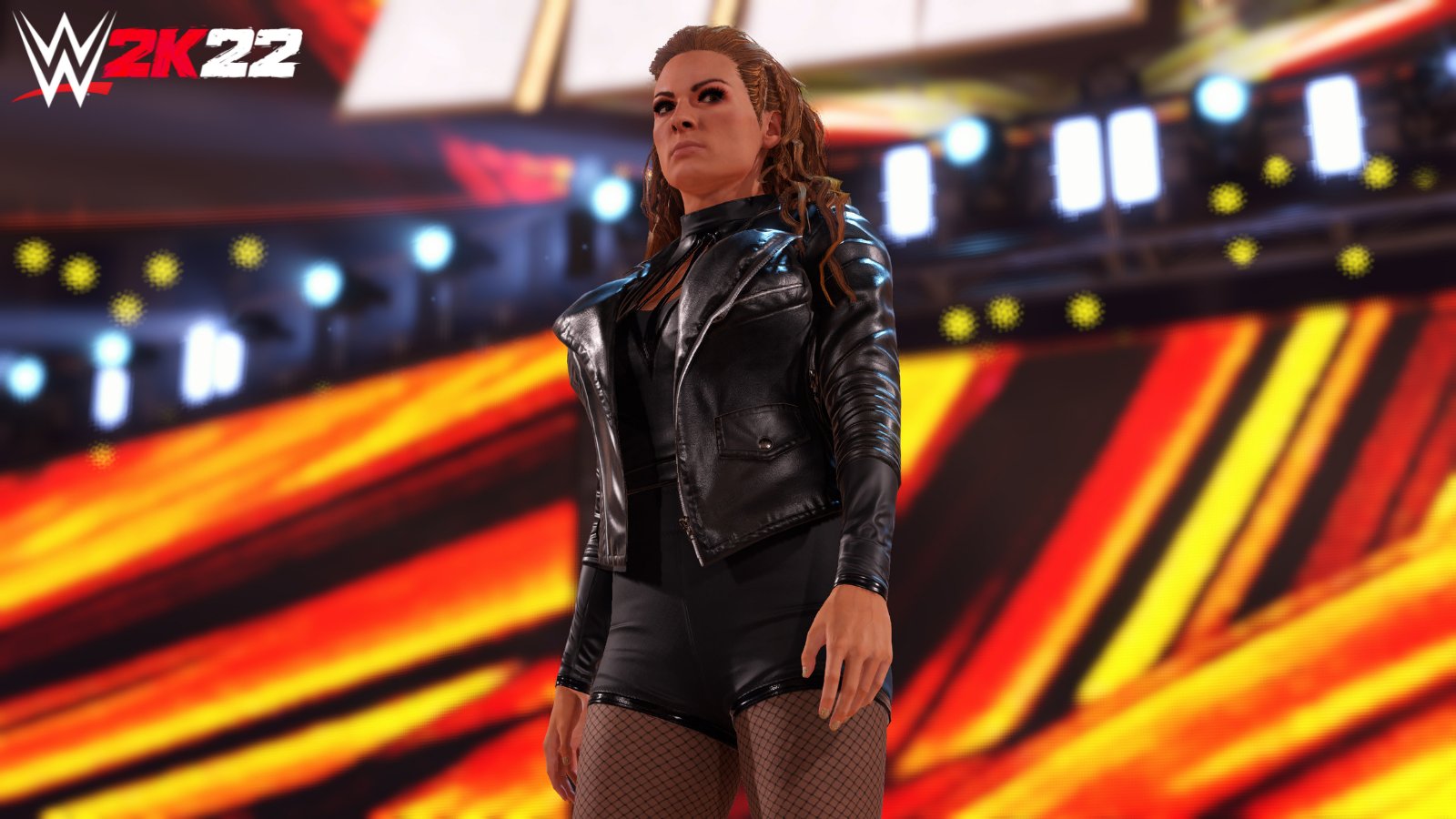 But I’d be remiss if I didn’t express just how addictive (and distracting) the create-a-wrestler mode can be. I have literally  spent hundreds of accumulative hours in this mode over the years, and 2K22 will be no exception. I absolutely love creating myself, friends and family in CAW form, then throwing us all into a big battle royal to the death. Well, not death…it’s not Mortal Kombat after all. And, the community support is so amazing, that even if you can’t create the perfect version of a classic or current wrestler, you can easily download them online. That also includes lots of extras, like images/logos and additional created arenas as well.

For me, 2K22 checked every box. I had expectations of what I needed this game to do in order to regain my attention after taking a year off. I’m happy to say, it met or exceeded every one of them. It appears that things are now back on track, so it’ll be excited to see just where the series goes from here (especially with the new Xbox and PlayStation consoles pushing the limits of what hardware and graphics cards can do on the next-gen).

So is 2K22 the best there is, the best there was, and the best there ever will be? That’s hard to say. But does it know its role? Oh yeeeahhhh it does! How many wrestling related puns can I cram into the end of this review? Wait and see. Oh, never mind, you can’t. Because…wait for it…wait for it…YOU CANT SEE ME.

View all posts by Sci-Fi 3D Team
HorrorHound Weekend Slashes Its Way to Cincinnati!
ROCCAT Puts Your XP in the Palm of Your Hand