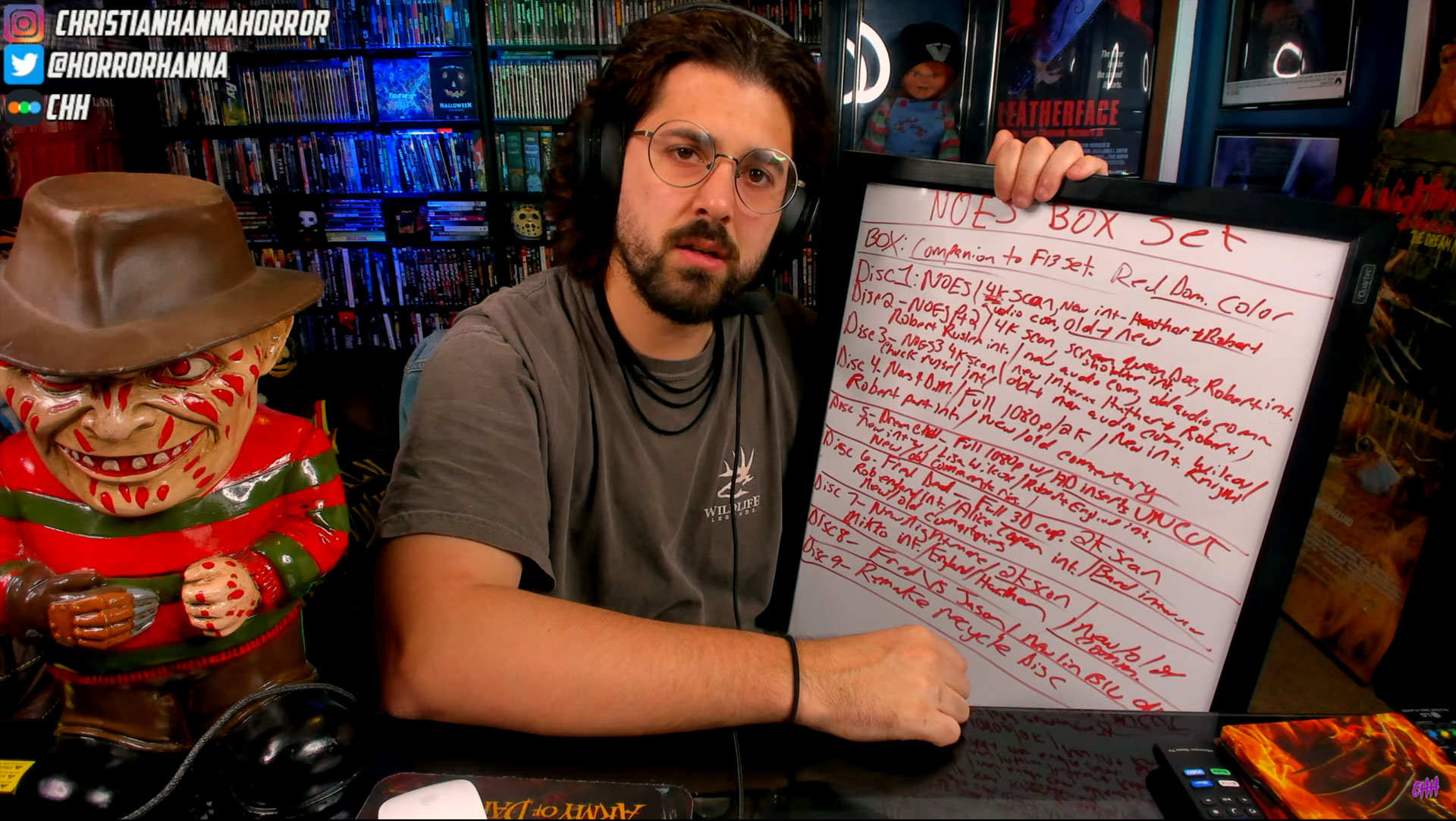 By the end of an impassioned video, one YouTuber was left in tears. His only request? Get out of our way…

Christian Hanna Horror is a YouTuber and horror enthusiast (as you might have gathered from his name). His YouTube channel just surpassed 12,000 subs (no small feat in the non-gaming, horror-related category).  His horror room is impressive, decked out in collectibles and an abundance of physical media. But at the end of the day, there is one thing CHH is most passionate about above all else…Freddy Krueger.

In his recent YouTube video, Christian went on the offensive against media giants Warner Bros and Scream Factory, arguing, begging, and outright demanding that he and the rest of the horror community receive a proper 4K box-set of the A Nightmare on Elm Street series. CHH meticulously outlines a series of features and extras that would make for the perfect release, even going old-school with his whiteboard and dry-erase marker. Knowing his affinity for physical over digital, we’d expect nothing less! A current NOES set does exist in HD, but series fans, by and large, were fairly unhappy with the release.

These movies mean so much to so many of us…those films…got me through some dark times. – Christian Hanna Horror

While most of the requests for the box-set are what Christian calls “very reasonable” and “realistic,” legal and financial matters may be gumming up the works more than anything. Scream Factory, a boutique physical media publisher in the horror/sci-fi genre, has been known for providing high-quality releases and bringing older films from the ’80s and ’90s into the present with beautiful, crystal clear 4K and 1080p HD releases. The most recent being the epic Friday the 13th boxset, featuring artwork that is now scalped on eBay to feverish collectors for more than a pretty penny. Nightmare has yet to receive such an announcement, with Freddy vs Jason’s so-so reception, and a remake that was panned by both critics and fans. This has unfortunately left the series in a bit of a slump as of late. The rights are also in flux, with them recently reverting back to its original creator’s (Wes Craven) estate. However, most fans believe it’s simply a matter of time before Freddy is given the same love and respect that his other horror brethren have received.

Stay connected to Sci-Fi 3D, subscribe, and follow us on social media for updates regarding any future A Nightmare on Elm Street announcements. Also, be sure to subscribe to Christian Hanna Horror on YouTube. If you’d like to support his cause, reach out to the folks at Warner Bros and Scream Factory to make your “dreams” known. 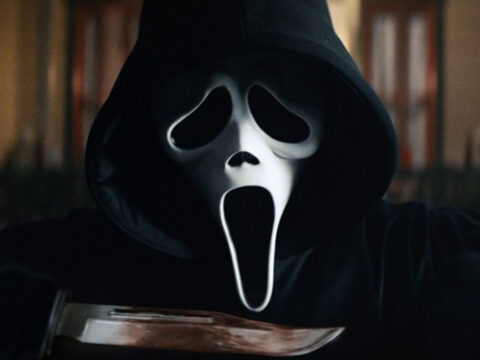