Friends 'Till the End 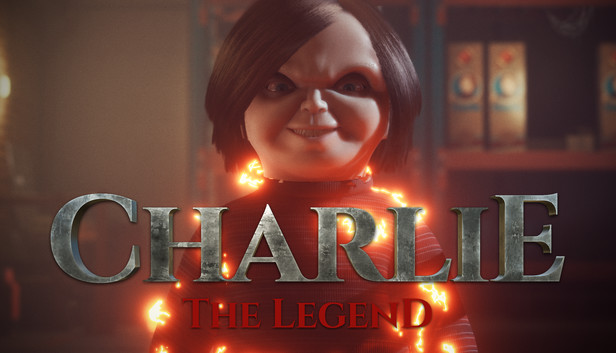 It may be the closest thing we’ll ever get to a Chucky multi-player game, so be a “Good Guy” and donate!

For players of Friday the 13th: The Game and Dead by Daylight, any news of a legitimate new horror icon coming to a multiplayer lobby any time soon makes us perk up and take notice. When the game “Charlie – The Legend” was announced by Fireblitz Games a while back, it immediately started getting some buzz (and fan support). Naturally, without the real Child’s Play license, they have to take some liberties with their main characters backstory, name and look. This one is about a demon who, after an exorcism of a little girl, jumps into her doll. Not exactly the same as the beloved story of Charles Lee Ray, but not too dissimilar either. And even though everything about Charlie from the neck up looks exactly like the Good Guy we remember, the rest is altered just enough to avoid a copyright lawsuit (and lord knows us Friday fans have had enough of that). With the new TV series set to debut soon, Chucky hype is at an all-time high! As we mentioned, the game is being crowdfunded and due out in 2021. Although that release date may not be 100% firm at this point, with only 1/3rd of their budget reached at the time of this writing. They do, however, promised to release it regardless (in some form or another). But there has been lots of recently released gameplay footage and trailers to sink your teeth into. So if you have any of that stimulus money left over from Uncle Sam burning a hole in your pocket, maybe consider helping Charlie arrive on our systems sooner rather than later!

Play as Charlie and defeat the other players or face Charlie as a survivor. You decide!

From the game’s official Indiegogo campaign: SURVIVORS · The goal in a “Charlie” match will be different depending on whether you choose to play as a doll or a survivor. As a Survivor you will have to take into account several factors in order to successfully finish the match. Each survivor has 3 chances to reach their goal. This means that you can reappear in the match if you are eliminated a maximum of 3 times. From then on, you will have to wait until the match is over or two of your teammates bring you back using a “ritual”. You must be careful because you will have reduced health compared to “Charlie” and although you can regain your health using first aid kits, these are limited and you must take into account that the rest of the survivors will also want to use them. As a survivor you will have two ways to end the match successfully. Escape from the map alive or defeat Charlie. In order to escape from the map you will have to follow several steps that will be different depending on the map you are in. Knowing how to play your cards properly and not wasting time will be key to achieving this. If time runs out or you don’t see the possibility of escaping from the map, there is also the option of defeating Charlie. The first option would be to kill him 3 times since those are the lives he has. But be careful, Charlie’s health is 10 times greater than a survivor’s health and you will have to deal with all the powers that the doll has. The second option to defeat Charlie is to make him go back to hell. It will not be easy and it will be a task that will have to be carried out among several survivors. Will you have the courage to be a real survivor?

View all posts by Sci-Fi 3D Team
Own the Back to the Future DeLorean For Only $5
Mortal Kombat Legends: Battle of the Realms Trailer