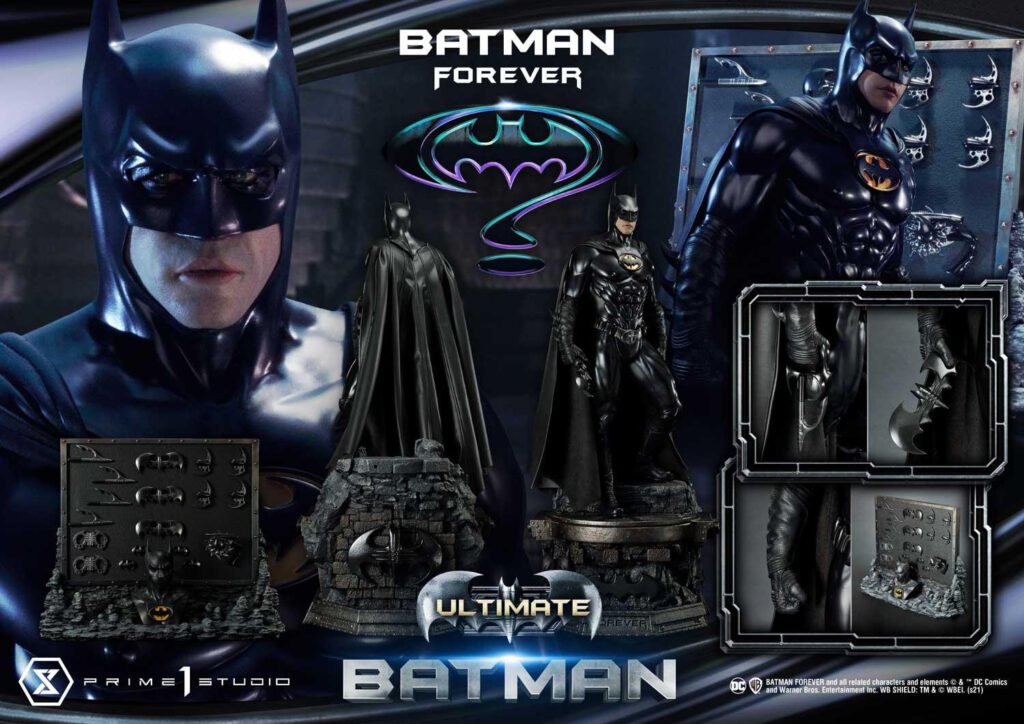 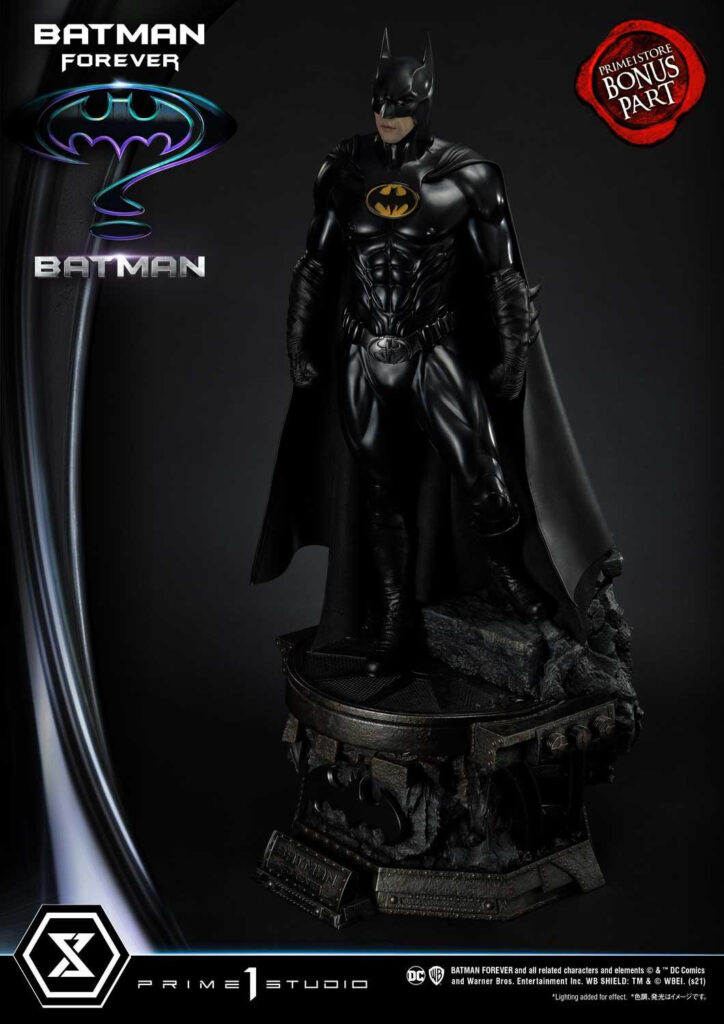 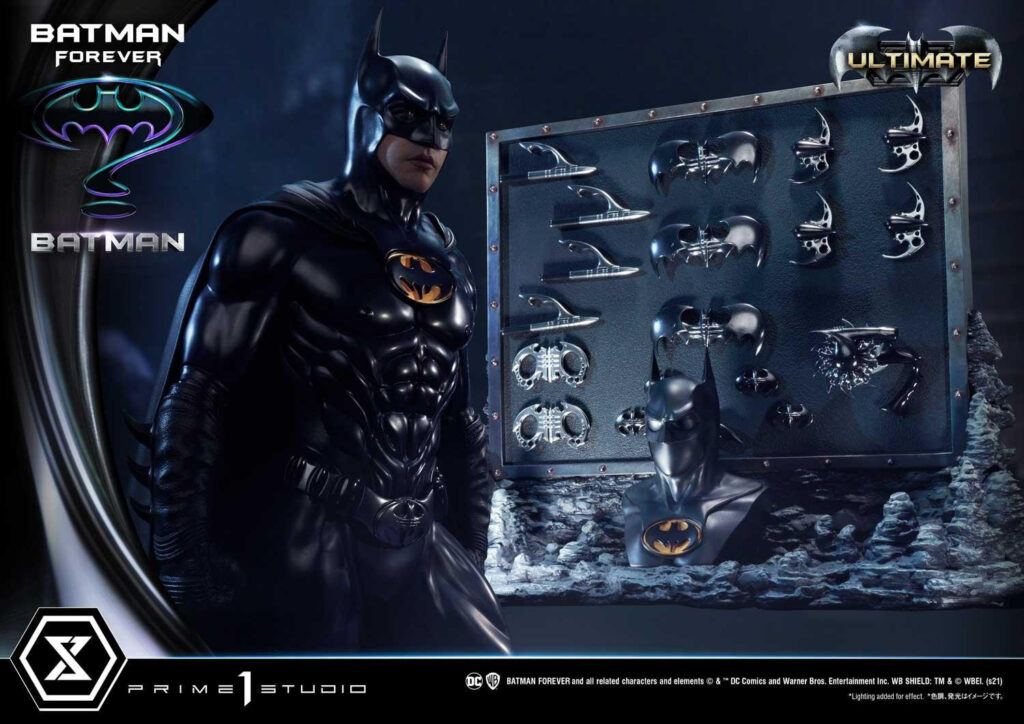 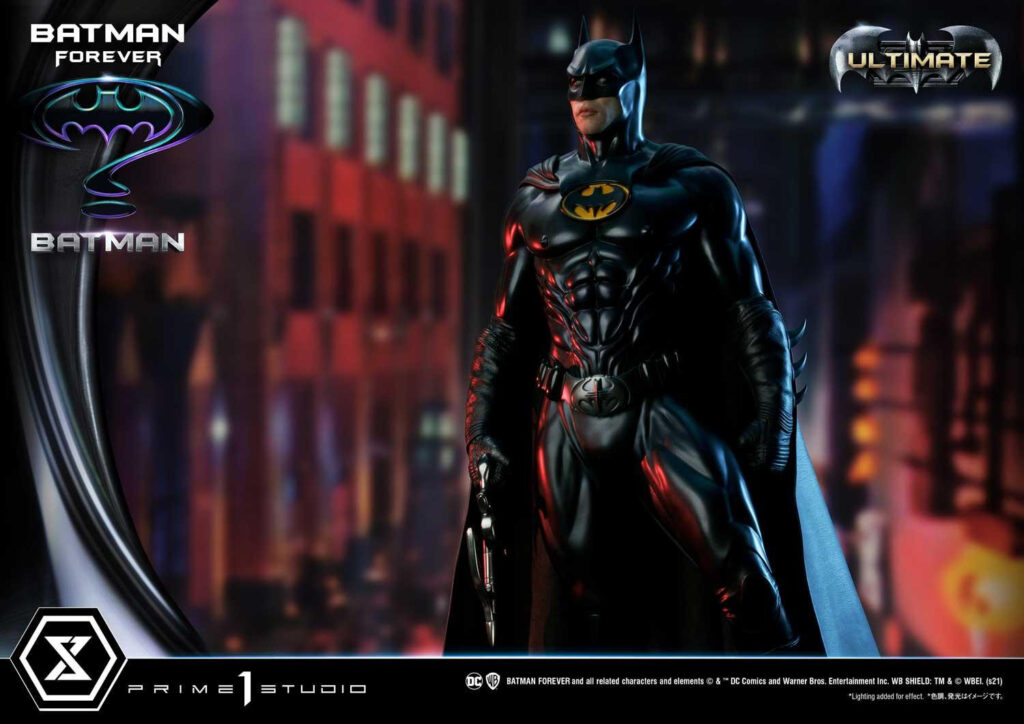 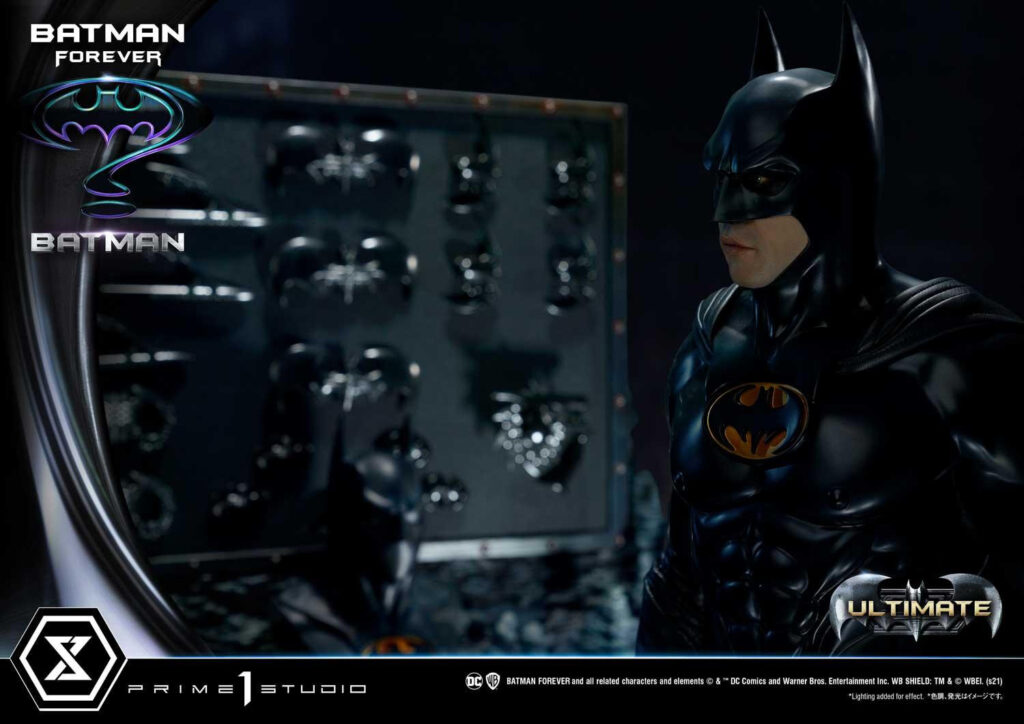 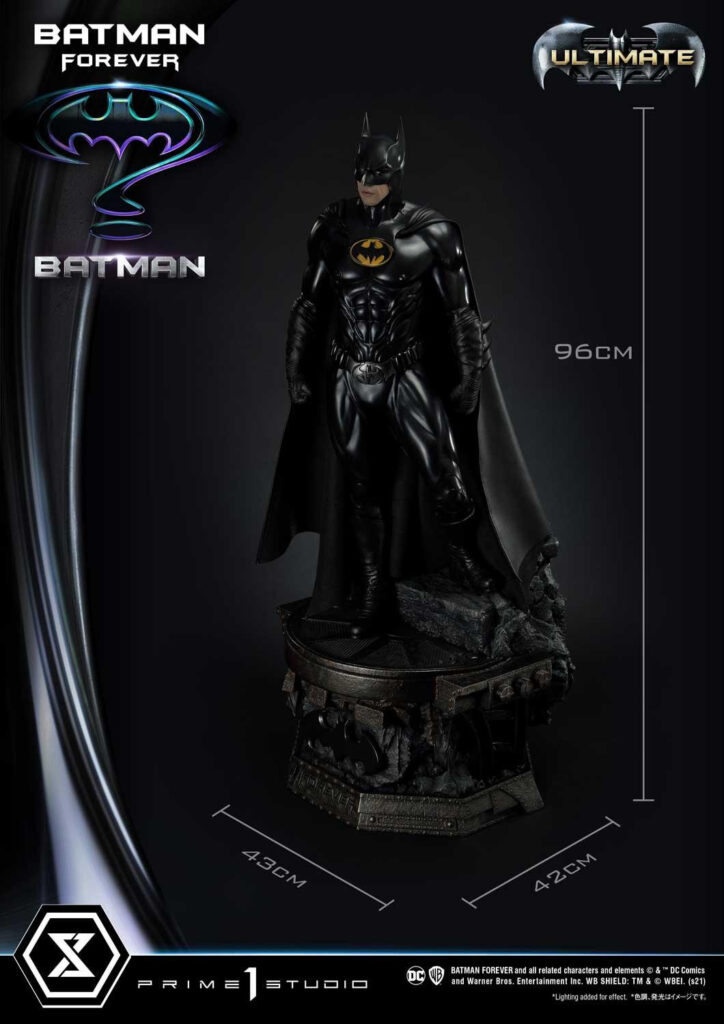 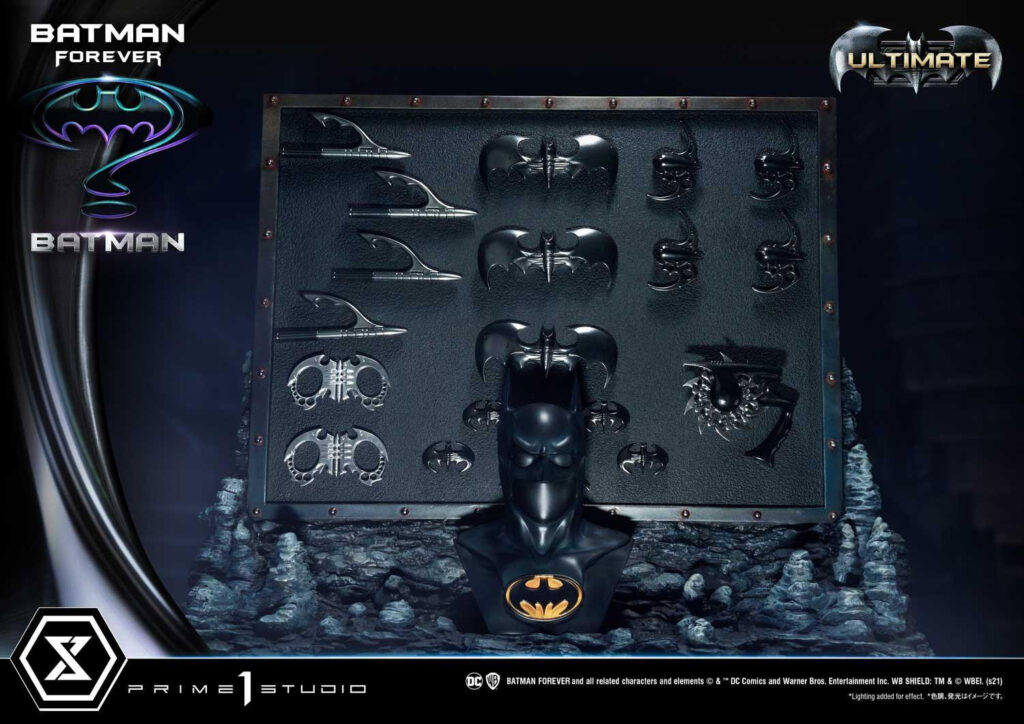 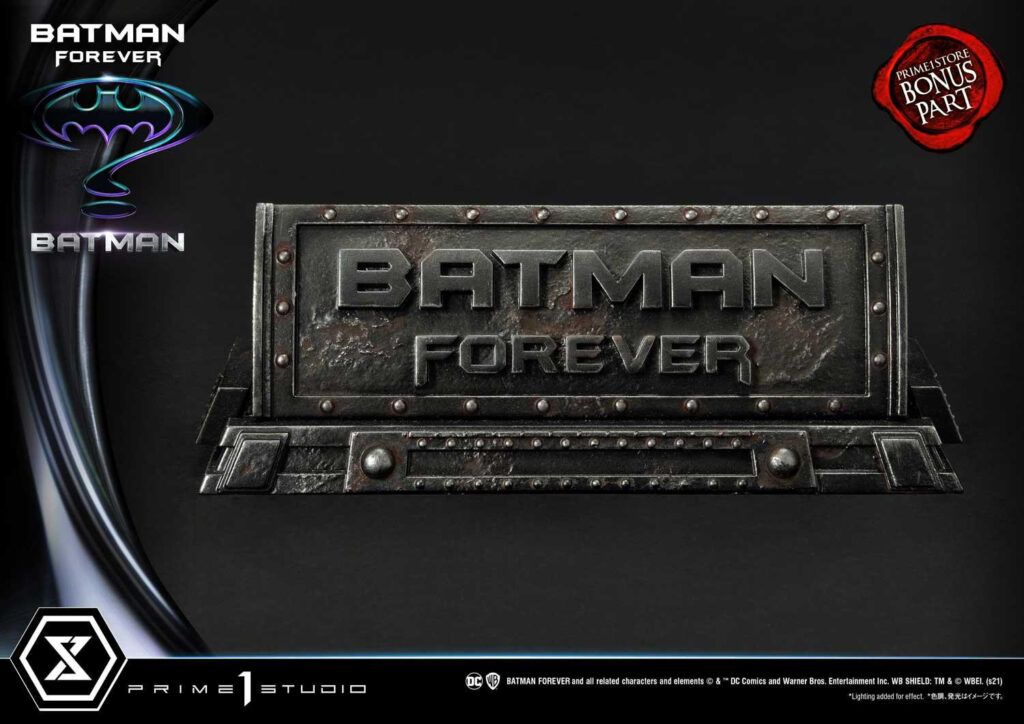 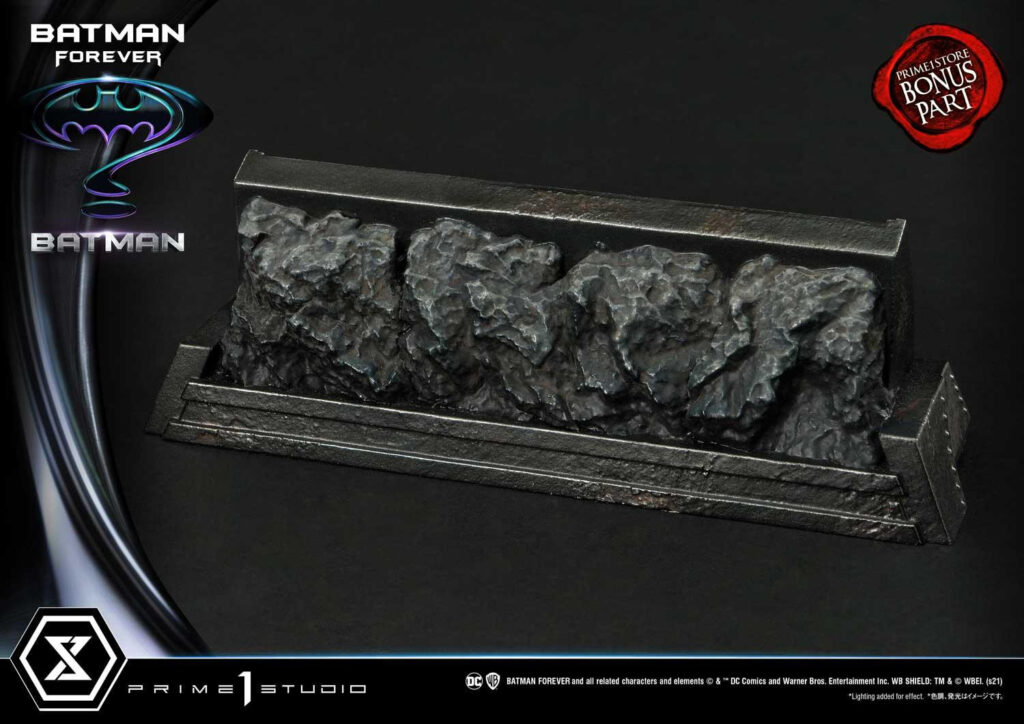 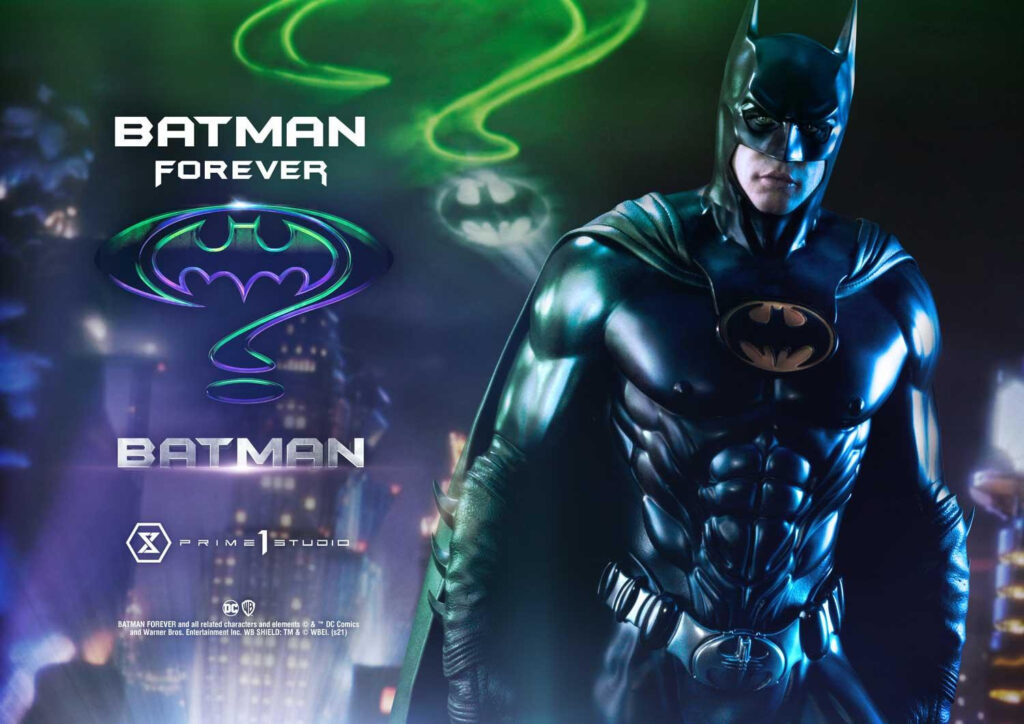 Val Kilmer is immortalized in one of the most iconic roles of his cinematic career, and it ain’t Doc Holliday or the Iceman.

Batman Forever has a unique place in the DC Universe, as fans have consistently had a love-hate relationship with it over the years (more hate than love, but still). Even though this marked the beginning of the Joel Schumacher era (also know as the dark times), the reception seems to have thawed as of late, to the point where Prime 1 Studios has just released an epic Val Kilmer statue, just as he appeared in the 1995 film. It comes in two versions, Museum Masterline and Ultimate, with the latter including additional accessories and gadgets. And if a $1,200-$1,700 price tag is a little too rich for your blood (remember, this thing is perfectly screen accurate in every way), they do offer an installment plan. Check out more details from the site below.

Riddle me this, riddle me that, who’s afraid of the big, black bat? – The Riddler, Batman Forever

About the statue, from the Prime 1 Studio website: Prime 1 Studio is proud to present a classic addition to the Museum Masterline Series: the 1/3 Scale MMBM-01UTS: BATMAN Ultimate Bonus Version from BATMAN FOREVER! 1995’s Batman Forever was the third, bright, and shining entry into the cinematic world of Batman! Following two dark and brooding Batman films, Batman Forever injected a more colorful and lively spirit into the franchise. And now, Prime 1 Studio brings you a sleek, powerful, and astonishing 38 inches tall Batman to celebrate this entertaining movie! Our talented team of sculptors and painters have expressed their passion and dedication in their work by crafting a Batman with incredible likeness and impeccable quality! Taken as a whole, Batman’s costume is stylish and stealthy, an improvement over the design of the last two suits! Posed in an iconic stance, Batman’s attention is pulled off to his right, in a direction we may never know about. The unbelievable craftsmanship in his face alone, should sell you on this statue: from his lifelike eyes to the subtle pout of his lips, to the natural complexion of his skin. Likewise, his fantastic anatomy has been sculpted to exacting perfection. Taut, but not tense. Solid, but not inflexible. Batman is equipped with a svelte Utility Belt and synthetic leather cape that possesses the weight and feel of his cinematic cape. Batman’s formidable base is rendered in realistic rocky textures, cool metallic painting, and natural airbrushing to call to mind his legendary Batcave. And decorating the front and back of this pedestal is his Bat symbol logo and Bats. Furthermore, the Batman Ultimate Bonus Version comes with a number of incredible additions! First and foremost is the jaw-dropping in-scale Gadget Wall from Batman Forever! The wall is festooned with a number of chrome-covered Bat Gadgets as seen in the movie, a Bat Cowl on display, and an impressive stalagmite base! And to extend the display flexibility of your future Batman statue, Prime 1 Studio has also included in total three different swappable right forearms! Switch out between a balled-up fist, a hand clutching a Batarang, or a hand gripping a Grapnel. Whichever you choose will only serve to make this statue even cooler looking! Finally, if you purchase from our official Prime 1 Studio store this Ultimate Version, you will receive a Bonus Batman Forever plaque to finish off your new masterpiece! Sculpted and painted to match the statue’s Batcave-inspired base, this title plate will be the final touch your new statue will need to look complete. If you are a fan of Batman Forever, you owe it to yourself to pre-order this Ultimate well-groomed and stylish statue today!